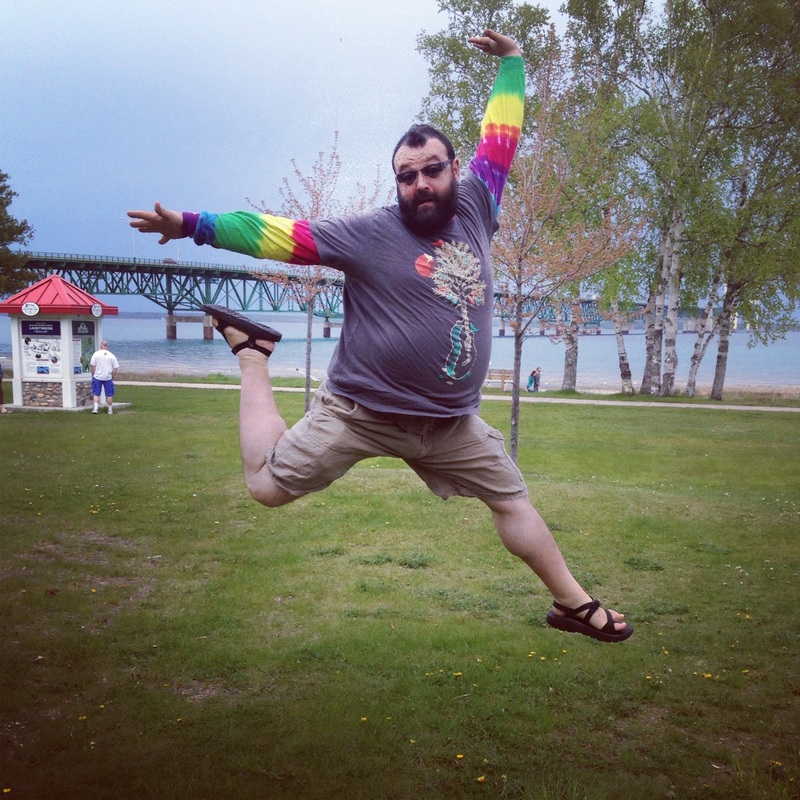 Mr. Medvinsky was born in Kishinev, Russia. He immigrated to the united states in 1980 and moved directly to Southfield, Michigan.  Since first pursing music as a professional musician playing drum set and hand percussion in 1998, mr. Medvinsky has focused his career and aspirations toward the field of music education. In addition to being involved in various ensembles at Oakland University, he has actively performed in many groups around the metro detroit area including the pontiac oakland symphony, the detroit cantata academy, and many popular bands in the area. He has been engaged with working with schools in the development of their music programs.

"Metaphysical Jones has invented a new style of improvisational jazz-inspired rock with a variation on themes which have a truly unique sound. Through prior projects and past influence, these musicians managed to gel into the entity known as Metaphysical Jones. they are: Brett Dodson (bass guitar and vocals), David Gullo (guitar and vocals), Michael Medvinsky (drums, percussion and vocals) and Stephen Roginson (guitar, harmonica and vocals). MJ performs a wide range of original material as well as a fine mix of eclectic covers. The environment at a Metaphysical jones show reflects a mutual respect between the band and all who listen. Stage antics and occasional guest appearances from our Detroit local scene have come to be MJ standards.

Detroit-based Metaphysical Jones thrived in the early part of the new millennium with their brand of improvisational jazz-inspired jam rock. A staple in the Detroit live music scene from 2000-2005, the band performed stretched-out original epics, as well as a healthy dose of cover songs. The band's high-energy live shows and rock inspired leanings featured harmonica, lap steel guitar, and festive vocal harmonies. Their self-titled debut disc was released in 2001. The group disbanded in early 2005. 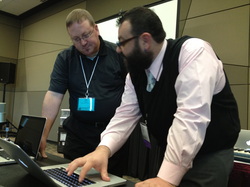 When I am not teaching public schools, I facilitate professional development in many different ways. I am the president of Teaching For Musical Understanding Workshops, a K-12 professional development group, and am often an invited presenter to the Michigan Music Conference, Oakland Schools, and surrounding school districts. I am an active curator and social media presence. Influential education and music education groups including Association for Supervision and Curriculum Development (ASCD),  Edutopia, Kevin Honeycutt, British Journal of Music Education, Learning & Leadership, and Music Education UK to name a few are following My Twitter feed and Pintrest boards. My blog Mr.M's Music Room Blog is a reflection on practices that make learners thinking visible while constructing their understanding and musical independence.

2012 Oakland county teacher of the year 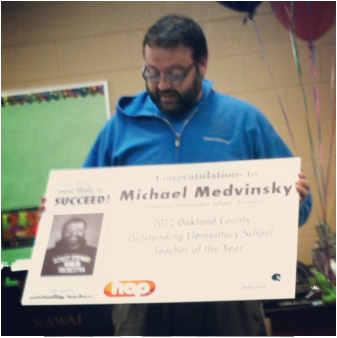 Winners of Oakland County Outstanding Teacher of the Year 2012

Oakland County Outstanding Teacher of the Year Awards Program, May 10, Waterford: After eloquent speeches from George Ehlert (Oakland Schools Board of Education), Ryan Bladzik (Oakland Schools Education Foundation) and DeAndre Lipscomb (Health Alliance Plan), after the ‘Walk of Fame’ from the honored nominees from all 28 of Oakland County’s School Districts, after each of the 3 winners had been introduced by their school principals and had spoken (or sung!) from their hearts about their teaching lives and the students that made their work meaningful, Superintendent Vickie Markavitch stood with tears in her eyes to make the event’s final remarks. In a year where teachers have borne the brunt of educational reform, budgetary cuts and political backlash, the Superintendent’s appreciative remarks were well-received.

“You have rekindled my pride in my own profession”, she said in closing, addressing the 54 outstanding teacher nominees. “Each of you deserves to win this award.”

Oakland Schools applauds each nominee who represents the many outstanding teachers who make a difference in the lives of Oakland County students.

Amy Guzynski: Teaching requires resilience, passion and support. I believe all students CAN and WANT to succeed in school…

Hugh Watters: I confess I’m a sponge…I’ll absorb ideas and use them with my students in my classroom…

Michael Medvinsky: The learners shape my teaching – it’s all about the learners! 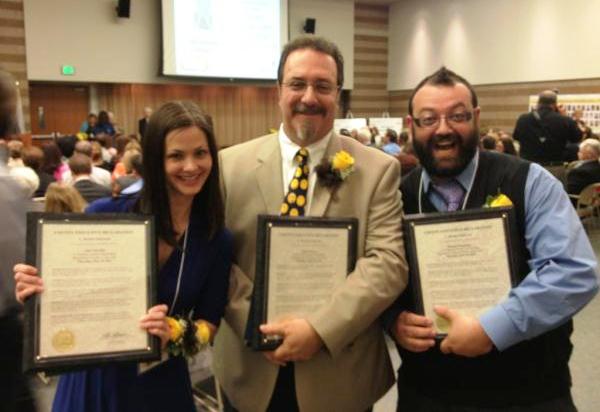